Thanks for attending our production of Totally Gone with the Wind! We look forward to seeing you at the next one!
BUY TICKETS
WEARY ARTS GROUP
Feb 01 - Feb 02 2019

About Totally Gone with the Wind 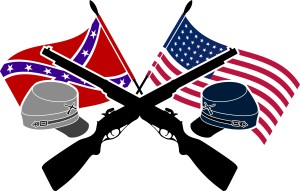 Scarlet O’Hara never had it so good — because two scam artists are about to bring Disco to Dixie. Designed to out-produce The Producers, Totally Gone with the Wind is the story of two lovable scoundrels who set out to create a Broadway flop by turning an American literary classic into a 1970s musical disaster.

Don’t miss the fun, as our two low-lifes commission, audition and cast a show designed to bring the audience to their feet and send them right out the door. If our producers can close the show on the first night, they can take the investors’ money and run. It seems like a fool-proof plan, especially when the actor playing Scarlet turns out to be a man.

But even fools can’t guarantee failure. Because when the curtain rises, and the strains of ‘Copa, Copa Cabana’ become ‘Scarlet, Scarlet O’Hara, that cute little read-head from Tara’, success is off and running. And by the time a battalion of Union soldiers is onstage out-singing the Village People with Y.A.N.K and Sherman is in Atlanta belting Disco Inferno, the show is destined to survive — even longer than Gloria Gaynor’s big hit.

Weary Arts Group (WAG) is dedicated to the advancement of arts education for students of all ages in the York area, as well as abroad. We believe that excellent training in the arts leads to greater leaders in all fields and careers. Comprised of artists, educators and community leaders, we recognize the power the arts has to transform a community. Through thoughtful partnership and training, we will utilize amenities offered to us by the city of York to affect the academic and social growth of our community. Building a wide range of specialty arts based classes with a “living curriculum” serves the city, county and creates a global neighborhood. This offering will allow us to be a community outreach center and safe haven for all. Arts for everyone!